What is Interactive Data Visualization?


Interactive data visualization is depiction of vast amount of data through programs that simplify the understanding process of these data. The basic tool for data interpretation used to be various graphical interpretations of data, which included a basic pie chart, a scatter plot chart, a box graph plot and ultimately the 3D model of various graphical representations.

The pioneer in inventing of 4 types of graphs is William Playfair, who was the founder of graphical methods in statistics, as well. The graphs invented, include line graph, bar graph, pie chart and circle graph. One of the earliest visualization of data was done by Charles Minard, on Napoleon’s invasions and the effect of temperature on Napoleon and his troops at different time scales. One another noteworthy personality of data visualization was Florence Nightingale who compared disease data with the mentality of various war troops. As the data size increased to huge amounts, these simple graph forms needed to be upgraded to involve more data. These upgraded versions are done using various computer programming languages such as Python & R Program. Thus the interactive data visualization came into form. 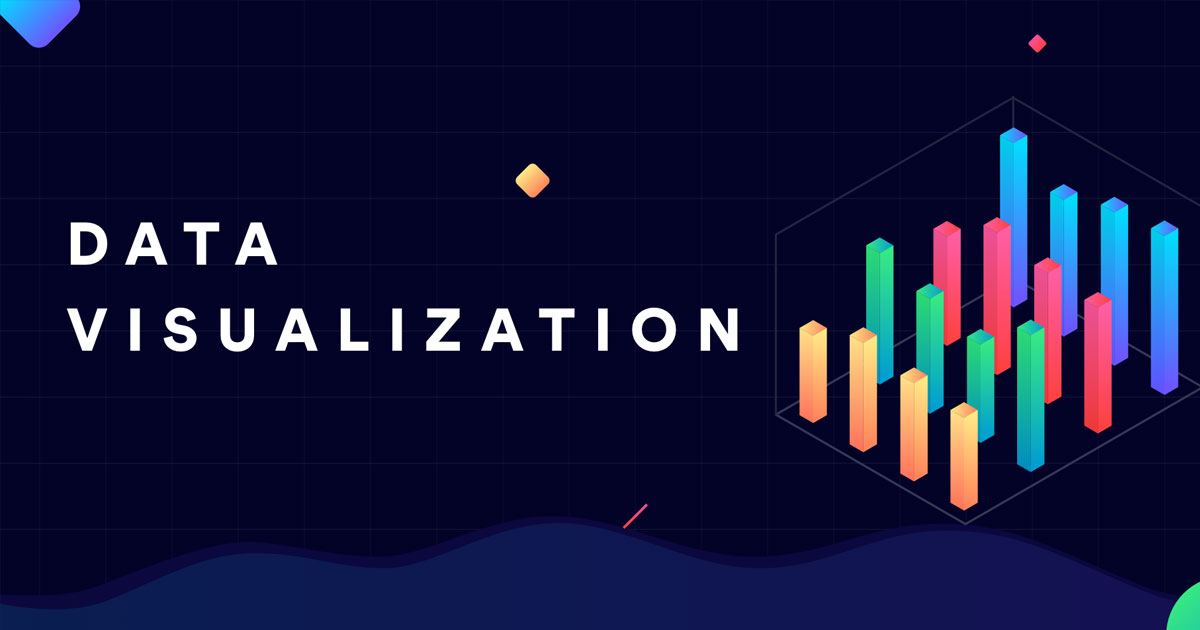 For those who love to see beautiful visualizations in graphical representations of statistical data, Seaborn is a handy tool, in Python, to use. Seaborn is a statistical infographics library built on the platform of matplotlib. One can use Seaborn to construct various graphical plots which will give a good comparison & visualization of the statistical data. The types of graphs that can be produced in Seaborn include swarm plots, bar charts, box plots, histogram, and violin plots. The need for violin plots arise when a vast amount of data cannot be incorporated into swarm plots. Although Seaborn is useful for informational as well as attractive graphical plots, they are static in nature, rather than being too interactive.

General interactive tools, in Python, would be Bokeh along with Plot.ly. Some of the interaction techniques that can be used to make data more interactive would be brushing & linking. While brushing refers to the highlighting of specific data sets, linking refers to the rippling effect of change in parameters in one data getting portrayed in the linked data. Some of the other examples include, using filters to segregate data, zooming of crowded areas of scatter plot & usage of hover tool to store the vast amount of data, depicted. Interactive maps are a good asset to visualization technique, in interactive data analysis.

These are some of the basic tools that are being used in interactive data analysis, using Python to get the desired output out of a large amount of data, which can be overwhelming at first glance.

In R program, a histogram is depicted by breaking the data into clusters & then analyzing the frequency of these clusters. For monitoring the changes in various parameters, over a variable factor such as time, the line graph can be plotted using a simple code. For comparison of stacked data over a period of several groups, a code for bar chart is used, while to analyze the data spread, a box plot is used. For example, a number of statistically relevant data is observed to get the accurate spread of the given data. For the ease of looking at a large data & understanding the data, a scatter plot is most convenient, as it can cover a significant amount of data; which in turn will be very much helpful for an in-depth study. These were some of the basic interactive data visualization techniques.

A more advanced form of interactive data visualization techniques, in R Program, includes Hexbin binning, mosaic plot, and heat map. In Hexbin binning, we can portray multiple data points in the same region, like over plotting of data points. Adding color to these points based on various parameters will aid in visual identification and easy data analysis. A mosaic plot is mostly used to depict data of a certain category based on the area at which the data is found. To observe, collect and analyze data for exploratory purposes, a heat map is most commonly used as the interactive data analysis tool, in R program. These are the examples of some of the advanced techniques and tools used in interactive data analysis.

Most of the time, it is very difficult to organize and analyze a huge amount of data in a short amount of time. This is where, summarization of the vast amount of data at hand, becomes really useful. In R program, a tableplot function from the package of a tabplot is a very handy tool to create a summary of lots of data. In recent time, JavaScript libraries are being used for the purpose of map visualization in R program. One of the most commonly used open source JavaScript libraries for this purpose is Leaflet. Along with the map visualization program, another important tool used in interactive data analysis is 3D graphs, which is very easy to construct in R program. A Graphical User Interface (GUI) tool used in R program for the purpose of observing data in matrices is the tool named Correlogram. In this program, there are three main GUI interfaces. These include RCommander, Rattle and Deducer. Rattle is a data mining tool, whereas Deducer is a data visualization tool. These are some of the highly advanced tools of interactive data analysis in R Program.

Other programs that help with Interactive Data Visualization

Although, Python and R Program are the main tools used in interactive data visualization techniques, there are other useful programs that aid us in analyzing a vast amount of data. The following is a glimpse of these programs:

Scala, scalable language, is a very efficient, flexible, stable and fast program the data scientists use to analyze data. It is faster and easier to use than Python and is used to express programming standards in a simple way. One example for a data visualization tool in Scala is Vegas.

One of the newest programs in data science world is julia, which is dubbed to be the next big thing by experts in the field. It is 10 to 30 times faster than that of Python and R program. Dataframes.jl is a program for data structure in numerical data sets.

JavaScript is one of the oldest programs in data science which has lot of libraries for visualization of data.

Swift is a flexible programming language developed only for Apple users. Swiftplot is a library of Swift, which is used as a data visualization tool.

The foray of Google into data science market resulted in Go. The tool is very simplistic, efficient and hence, reliable too. It goes by one method at a time, keeping it hassle free and easy to use. Dataviz is a Go library through which data visualization is possible.

Spark, a framework, is popular among data scientists as it provides high level application programming interfaces in four programming languages, which include Java, Python, Scala and R.

These data science languages provide an array of options for data scientists as well as interactive data analysts.

Data libraries are a huge part of data storage and visualization. Data Driven Documents, commonly known as D3, is a well-known JavaScript library of data visualization. It is usually used to generate SVG graphics or Scalar Vector Graphics, an XML based vector image format. These graphics support animation as well as 2D graphics. For simple charts, Vega, which is built with D3 as a platform, is ideal. Through Vega, data visualizations can be done in a much simpler way. Processing is a simpler tool with a very easily usable interface, for data visualization. GEPHI is more of a network visualization tool, a very specific tool for this purpose. For data sets that are too close to each other, or dense, DYGRAPHS is the ideal tool.