Targeting a key to automated testing 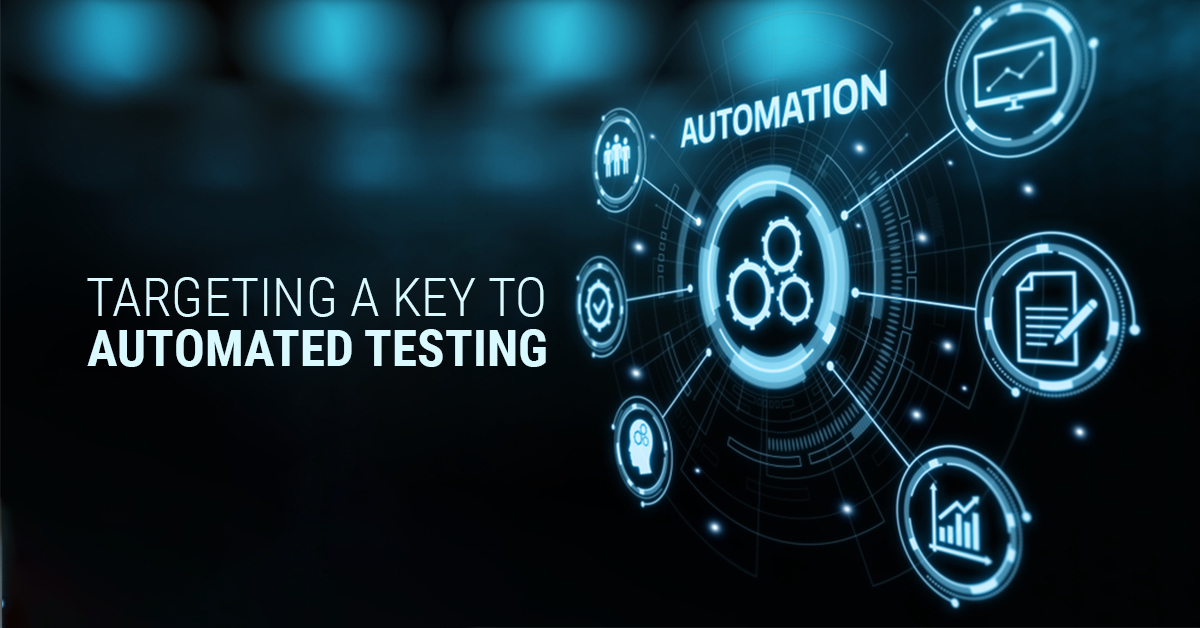 Every new software program, technique, or tool has some teething problems and requires patience to get acclimated to, but it's almost usually worth the trouble, which includes testing.

Test automation enhances your procedures, saves you time and money, and contributes to greater software. However, you can't blindly jump in and assume the automation to deliver the outcomes you desire. If you want your releases to run successfully, you'll have to get a defined plan in mind.

Failure to demonstrate business worth

Whenever groups are considering introducing new test automation or other alternatives, like performance testing or browser-based testing, they frequently fail to consider the economic rationale for performing so. Yes, the tech is impressive. Certainly, it can be beneficial to the company. However, if you don't find the time to relate it to real economic worth, you face the danger of the project being rejected possibly not being allowed at all—due to an absence of ROI or potential ROI.

It's difficult to have a goal without a planning process. Projects involving automation are prone to pivoting. You might have to add a new program to your system to automate it, or you may need to change the framework technology altogether. If confronted with a problem, it's simple to extend or abandon the project if you don't realize what your original idea was. With a vision, you have a recorded mechanism to examine and respond to the larger pivoting questions that arise.

Being caught off guard by the "testing squeeze"

Testing squeezes were meant to be obsolete by now thanks to agile development methodologies, but we all know that hasn't happened. Testing squeezes are still a fact in software development, and because they're still going, you'll have to get a test automation plan to determine what to reduce initially. You're left scrambling to determine which one to eliminate and where to look if you don't grasp it or have something like that in your plan, and you'll also eventually wind up deleting everything—removing everything and thinking about it afterward.

What is the definition of a test automation strategy?

A test automation plan is a microcosm of your bigger testing strategy, to put it simply. Your testing automation approach will use many of the same techniques that you have used to establish and build your entire testing strategy. As a result, your test automation plan should be on par with your other system and performance testing because you'll be relying on many of the same data sources to choose what to automate, how to automate it, and which technology to utilize.

In a nutshell, a test automation approach is integrated into your bigger testing strategy and uses the same processes and technologies to establish who you're testing for, what consumers do, what testers perform, what programmers perform, and all associated metrics.

What Does a Test Automation Strategy Aim to Achieve?

1. First and essential, it is to advise on the threat, capacities, and effectiveness, as well as to provide a dependable, consistent procedure for doing so.

2. Secondly, it serves as a means of conveying your objectives and strategies.

3. It's also a conversation starter that might serve as a springboard for an innovative proof-of-concept or technology to use in your organization.

4. Furthermore, it's an auditing feature that enables you to reflect on what you intended to do and correlate it to what you accomplished.

How to Begin Developing a Test Automation Strategy

Determine your level of risk.

Understanding what to try initially and what to try finally is an important aspect of every test automation approach. This testing automation priority must be selected utilizing a risk-based approach. You may calculate the risk, or precedence, of anything you wish to test by calculating its commercial effect and multiplying it by the likelihood of failure. Undoubtedly, the items having the greatest economic effects and risk of loss must be at the top of the agenda, whereas those with the least economic effect and risk of loss must be at the last position. This would also aid in the abovementioned testing squeeze and determining which adjustments to make initially.

Know what you have in terms of technology, tools, and resources.

You must comprehend the impact of your entire testing automation solution on your complete ecosystem. You could use a solid functional solution that you could simply integrate into your entire structure neither slowing things down nor causing faulty or vulnerable testing.

Ensure that your data is accurate.

Data problems cause a variety of test automation efforts to lose. You must thoroughly review how you're managing your data, how you're maintaining your data, where your data is received from, what your retry logic includes, and whether you need to stress about hiding or de-identifying data for every launch big framework development.

You should incorporate Jenkins servers or other build-and-deploy technologies in your testing automation strategy because many testers can now engage with them regularly.

1. What is the location of the code?

3. What are the environments in which you're testing it, and how safe are they?

For any test automation system, you must perform a certain level of protection scanning and have a process for doing so.

Take into mind the environment in which you'll be testing.

There's plenty to record when it comes to environmental circumstances. Do you require specific tokens or VPNs? Is a launch box required? What is the purpose of that, where does it reside, and who is in charge of it? What is the patching method for those systems? All of this should be documented because it will aid in onboarding new testers to your business and setting up logins. To summarise, you must constantly be aware of where your code is running and ensure that it is well documented.

When you don't tag and categorize your tests properly, you can spend a considerable amount of time trying to work out what each test is for and which tests to execute. To accomplish optimal tagging and continuous updating of the most often used tags, establish a tagging arrangement upfront.

Search for efficiencies to test.

When you conduct additional testing, you'll be able to implement similar testing strategies in new regions, resulting in increased efficiency and reduced testing time and resources. You likely will not need 3 persons performing the same test when you're performing the same thing with unit testing, manual testing, and automated testing. If you properly understand your entire testing automation plan, from the unit test to the user interface test, you may save a lot of time.

Make the most of your agile and DevOps tools by focusing on your documentation. Your testing automation plan must evolve into a living document that is upgraded and evaluated every sprint to ensure that you're staying on track with your ideas and objectives. To make this approach a triumph, accept it and employ cloud-based technologies like GitHub. You are not, however, obligated to document everything. Frequent check-ins and micro-strategy meetings, on the other hand, are essential.

The major purpose of any test automation approach should be to concentrate on your aims and communication rather than the format. Furthermore, ensure you gain the trust of your corporate associates, product owners, and program managers, as they'll be the ones to help you when the testing squeeze hits. They'll believe you to choose what needs to be reduced and what doesn't as long as they grasp your approach.

Finally, utilize your testing automation plan as a foundation for engaging in the proper technologies and developing your company through innovation—after all, that's what it's about. Progress, invention, and the ability to avoid going backward.