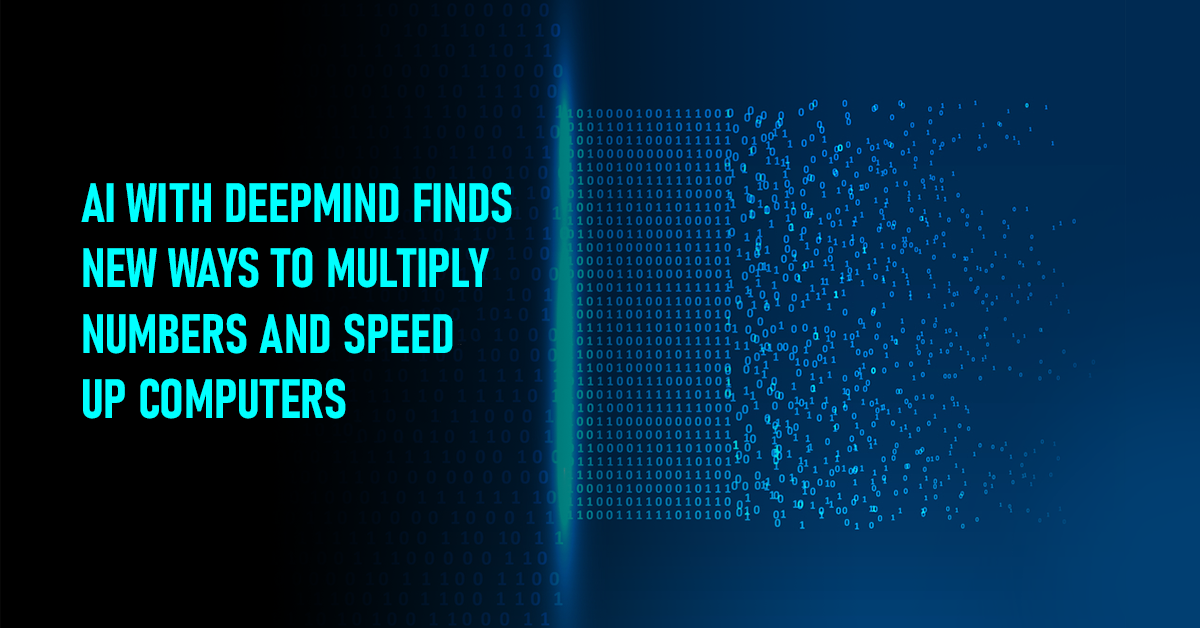 With a fascination for human intelligence, DeepMind considers Artificial Intelligence; one of the best inventions ever done by men. A team of scientists, engineers, and ethicists came together at DeepMind with a committed mind to solve intelligence for advanced science that benefits humanity. The long-term purpose of DeepMind is to design and develop more general & capable problem-solving systems using the AI Engine they developed. These get always guided by their work ethics and safety. The AI developed by DeepMind can solve the world’s most pressing and fundamental scientific challenges.

The visionary firm based on computing using Artificial Intelligence got founded in 2010 when the technology was still at an early stage. Since there was less interest in the field, DeepMind took ample measures to accelerate the growth of AI. An interdisciplinary approach brought together novel ideas and the right advances in Machine Learning and Artificial Intelligence software & algorithms. The other relevant streams include computing infrastructure, engineering, mathematics, simulations, and new ways of organizing scientific knowledge. In short, DeepMind solves any problem and issue using intelligence that aids in advancing the scientific community.

In 2014, DeepMind joined forces with Google, which improved and accelerated their work through considerable pace and technology. The company became a responsible pioneer in Artificial Intelligence Technology within these years as they focused on achieving their goals through great work ethics.

In a way, DeepMind helped people with AI solutions that simplified some of their jobs through automation. The organization has made revolutionary breakthroughs in many scientific fields. They created a positive impact in the real world with the help of the latest research using Artificial Intelligence technology and Machine Learning techniques.

DeepMind constantly works under inspiring leadership teams that work across every part of the company or organization to chart the right path, which leads to innovative techniques. Artificial Intelligence technology plays an integral role in the success of this company. All teams connect together for a shared goal that performs with discipline to design and build AI technology. The AI developed by DeepMind revolutionizes the industry. It leads to developing helpful ideas for societies, which get implemented successfully. Several companies are vying to perfect their role in using Artificial Intelligence in technologies such as IoT and more. DeepMind is quite a distance away from its competition.

To fulfill these shared-goals, DeepMind has incorporated several departments into its wings. These include scientific research, engineering, science, ethics & society, applied research, and operations. All the departments fulfill the mission of DeepMind, which focus on solving intelligence to advance science by benefiting humanity. Various research scientists and mentors work well together to train developers, scientists, and AI machines, which form the crux behind DeepMind that delve deep into the nuances of Artificial Intelligence, Machine Language, and Neural Executors. The mission of DeepMind works diligently via these various wings of DeepMind that flutter together for flying to a revolutionary goal.

DeepMind has worked on Artificial Intelligence technology that gets regarded as the future of algorithmic reasoning. In essence, the AI captures the computation of classic algorithms. It gets done inside, high-dimensional Neural Executors. These executors help DeepMind by providing a platform to apply classic-algorithms over various inputs, which were not compatible earlier. The exciting method in AI research showcases the potential to enable data-efficient reinforcement learning. This reinforcement learning gets packed with all resources, which include strong classic-algorithms. The blueprint DeepMind uses is unique, and the AI gets trained with these guidelines. Thus, AI develops wiser algorithms itself for solving numbers.

The AIED stream has been evolving for the past 50 years. Here, DeepMind is contributing to this area through its innovative technology for which they have designed & developed an AI Engine or Machine. Intelligent Tutoring Systems are designed based on the AIED system. This system helps learners understand the basics of algebra by providing step-by-step feedback and guidance. The AI developed by DeepMind is a highly upgraded and updated version of previous AIEDs or an AI that can be included in this class if needed. It is worth discussing more this AI system.

The novelty of AI developed by DeepMind

The AI Machine designed and created by DeepMind discovered new ways to multiply numbers and speed up computers. This revolutionary achievement has happened as a one-of-a-kind unique discovery in over 45 to 50 years. It exponentially increases the computation speeds by about 15 to 20 percent due to the software range it possesses for carrying out tasks at a grand scale. A small improvement in the efficiency of the AI algorithms that focus on graphics and scientific simulations brings in large performance gains and significant energy savings. The AI developed by DeepMind rewrote the conventions that were held for centuries. Up until 1969, it was believed that efficient computing comprised matrix multiplications that were proportional to the number of elements being multiplied. It was a tedious process as the task became harder as the number of matrices grew proportionally. In 1969, a famous mathematician Volker Strassen used a clever trick by which the usual eight multiplications got reduced to seven. The Strassen Algorithm got used in computational mathematics ever since for around 50 years until this new discovery by the DeepMind AI.

As aforementioned, the DeepMind AI discovered the perfect technique that works perfectly on the current and existing hardware. Named, AlphaTensor, this AI initially started with no knowledge of any solutions, and got presented with the challenge of creating a working algorithm. The task got completed with the minimum number of steps possible, which was innovative and useful. In course of the challenge, the AlphaTensor discovered an algorithm that multiplies two matrices of four rows of four numbers using just 47 multiplications; a record in itself trumping the previous 49 multiplications showcased by the Strassen algorithm. The DeepMind AI developed improving techniques for multiplying matrices of other sizes too. With its thinking algorithm the AI, AlphaTensor discovered thousands of functional algorithms for different sizes of matrices that included around 14,000 for 4x4 matrices alone. This research got designed and developed on AlphaZero, the game-playing model of DeepMind, which they created n two years.

The DeepMind official discloses that the results are mathematically sound and far from intuitive for humans. The AlphaTensor system came with this discovery on-its-own volition. It is unclear as to why this discovery is the best way of multiplying matrices; only understood by AlphaTensor. As per the understanding of DeepMind, the related neural networks get an intuition on the quality of data it receives. Machine Learning and Deep Learning just kick in, which illuminates the intuition for the AI Machine and its algorithms. On proper scrutiny and observation, DeepMind found that the AI algorithms accelerate the computation speed by 10 to 20 percent on certain hardware specifications. However, there is no guarantee that these gains get observed on common devices like smart-phone or laptops. James Knight, a professor at the University of Sussex, UK, mentions that a particular range of software run on supercomputers with powerful hardware through effective large scale matrix multiplication. An approach similar to that done for AlphaTensor by DeepMind can result in universal speed-ups in computing. These new algorithms increase the efficiency of a wide range of software and algorithm as matrix multiplication is quite a common issue or problem in computation. By understanding the underlying stats, it can be said that more algorithms are more likely to follow this new discovery by AlphaTensor of DeepMind.

The Benefits of this AI discovery

Motivation for such technology is plenty as fewer operations in an algorithm do not translate to faster results. This way only less energy gets spent, which results in non-fulfillment of the challenge given to the AlphaTensor AI. A task can get completed more efficiently by running it on less powerful and less power intensive hardware or on the same hardware in less time using less energy. However, the advances of DeepMind do not become detrimental to human coders. Programmers can stop worrying and continue with their work. Automatic optimization gets done on Microchip Design for decades and still this stream warrants skilled programmers, coders, and developers.

An AI, AlphaTensor, with DeepMind discovered new ways to multiply numbers and speed up computers through faster computation processes. It just rewrote the previous conventions, which were popular for almost 50 years and more. Thus, it can be concluded that DeepMind is pioneering a revolution by focusing on designing AIs of AlphaTensor’s calibre.