In simple terms, microservices architecture can be equated to a human body. Just like different organ systems work independently yet together in unity for the survival of a living being, microservices aids in the proper workings of a monolithic architecture. Since most of the mobile and web development applications are designed as monoliths, it is essential to know more about crafting microservices.

Single mobile and web applications that are customized according to various requirements needed by a website or business processes comprise microservices. For instance, Netflix, the famous video streaming app has adopted the services of microservices for its smooth operation.

Independent and loosely coupled services that can serve as customized business requirement units.

✔ Each component of microservices has it's codebase with a team behind it.

✔ The functionality of each component of microservices is unique, which they can handle well.

✔ Microservices components are capable of picking and choosing the technology it needs to work with.

✔ Each component of microservices can custom design & integrate and run the requirements of a business service. This is also known as DevOps Process.

✔ The microservices components work from a self-contained environment.

✔ Each component interacts through APIs (Application Programming Interfaces) and other simple protocols.

✔ Each component of microservices is responsible for storing its data.

Shared databases are a big no-no, as a large data pool can hinder the working of microservices. Every microservice should have a data-logic of its own along with a container to store data efficiently.

When non-parallel interaction is established across microservices, it will not hinder the data flow. By avoiding coupling and enhancing high functional cohesion among microservices, an efficient communication pattern can be established.

It is advisable to authenticate data at entry points of an API, rather than applying authentication to each microservice. This is because all microservices send different data through API on to the mainframe. So, it would be a tedious process of authenticating the entire microservices.

Develop Microservices as a product

By developing microservices as a product, rather than a big project, software teams & code designers can customize them according to various business services.

A monolithic architecture is developed with so many functionalities that work together. These functionalities and their data are incorporated into numerous microservices for ease of operation. However, this gravely increases its maintenance and can cause issues during the process of upgrading. Hence, a top tip while developing microservice architecture would be to make it simple and improve the scope of functionality.

A microservice should know its exact role and the ways it can implement those, while it serves to customize a business process or software. There should not be over-reliance between services, as this can hinder the communication of microservices with APIs (Application Programming Interfaces). The data logs should be monitored for efficient microservice functionalities.

With proper instructions, microservices are connected with APIs, for efficient communication of data. There should be ways to monitor every step of the process that microservices do, which include managing information traffic and data offloading.

Microservices are observed to contain elements that are independent of each other, which work together. Here, these elements can be updated separately according to various custom requirements. Efficient microservices have bounded contexts in them so that, it is easy to update and function. The interaction between microservices and its controlling elements are strictly through API; there is no transfer of data schemes or data structures between them.

When updating microservices, internet backends should be closely monitored for any changes. These are external services that microservices interact with. The APIs of microservices should be stable while updation as otherwise, the mobile or web applications will break.

Tips for efficient microservices, based on Netflix 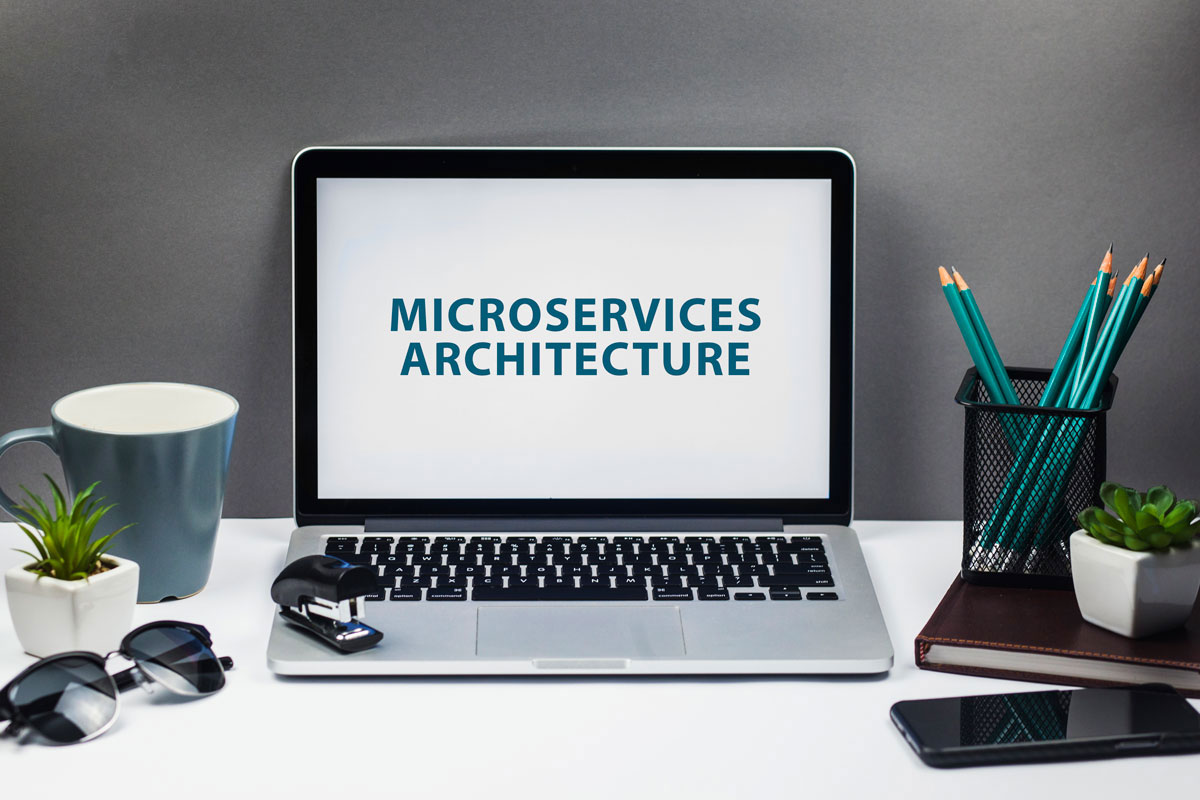 Individual data store for each Microservices

It is advisable to create separate data storage for each backend of microservices. This stops any duplication of work along with simultaneous updation of all individual data storage. It would be difficult to break apart such microservice architecture as the separate data storage will go out of sync. Master Data Management tools should be used if ever there is a necessity of breaking apart the microservice architecture. Relational Database Management Systems (RDBMS) tools can be used for frequent checks, but these will not be scalable.

Through immutable infrastructure, the data is kept safe and everything else changes according to the updates by which the stored information should work. If and when there is a demand or need to update microservices, it is advisable to create a new microservice, small or large, according to the amount of data. This allows efficient code testing without any bug infections or any other issues. The new stable microservice could be merged with the older one, aiding in efficient updation of the whole system.

Each microservice on their own

It is always important to build each microservice separately for the ease of using these. A bunch of microservices built together can create problems that can hinder the overall process of microservices. This might make it difficult to streamline the whole process of decluttering codebases. Asymmetry is brought in intentionally to ease the deployment of microservices.

Use containers to deploy microservices

With the approach of using containers for microservices, one can easily deploy them using a single tool with a simple approach. One popular container seems to be, “Docker”.

Servers, used for microservices, should be interchangeable as they essentially perform the same processes. Enough servers should be present to perform the entire work. If one server crashes, others can take up the load and work normally. Auto-scaling should be made possible for adjusting the concerned numbers up, or down. It is advisable to avoid “Snowflake” systems that use individual servers, as these can cause issues in case of microservices.

The components involved in microservices architecture include:

✔ Clients – Queries or commands that prompt microservices. Examples include search, and configure to name a few.

✔ Identity Providers – These act as a middle-man between clients and API gateways; authenticating the client requests and communicating these to API.

✔ API Gateways – An entry point for client messages to get in. All messages get refined and updated.

The other components are data handling, static content, management, and service discovery.

✔ Sidecar – Helpful components of an application in a separate container

✔ Strangler – Incremental refactoring of an application.

These are the basic tips to be considered for designing an efficient microservices architecture, which can function with the customized business requirements for an application, product, or services.