Is Vue.js the right pick for your next app?

Vue.JS is a progressive framework written in JavaScript. It is an open-source platform as well. Vue.JS is useful for building user-interfaces. Vue.JS is very adaptable software as this platform makes it easier to integrate other libraries and projects. This platform can be used without any installing hassles, as it only needs a "script" tag to land inside a software developer's browser and web or mobile app. This then grows from 3 lines to an entire view layer, which can interact and integrate with any of the other software.

Some factors have increased the popularity of Vue.JS. These include:

✔ With minimal optimization, Vue.JS can perform better than other frameworks; in simple terms, this platform is lightweight and fast.

✔ It provides an easy way to create web apps using components based approach.

The use of Vue.JS depends on various factors such as individual needs and the requirements of the project you are working on. As a developer, you should plan well and think about the difficulties you might encounter, while working with the simple progressive framework: Vue.JS.

With a strict schedule to follow, it is essential that new team members can adapt quickly to the project you & your team are working on. An easy interface and framework, Vue.JS enables this adaptive process simpler.

The versatile Vue.JS framework enables to create and design products and processes that are scalable with ease. For instance, you can start simple and go complex according to the needs of the software you and your team are developing. The easy to use JavaScript libraries make programming with Vue.JS simpler and versatile.

The progressive framework of Vue.JS helps in developing simple products and upgrade them to applications that deal efficiently with CRM (Customer Relationship Management) software. Through Vue.JS, you can gradually improve codebase to modern architecture.

Developing MVPs, products or website and mobile applications developed based on feedback from initial users, simply is only feasible via Vue.JS. This framework allows fast designing and implementation of MVPs quickly and efficiently.

Nuxt.JS, a framework developed on top of Vue.JS, aids in coding static pages with options for add-ons. A simple loading page can be built and layers can be added on to it easily, as Nuxt.JS is part of Vue.JS, which is a progressive framework.

Creating a Single Page Application (SPA) that is SEO friendly

It is well known by everyone that Single Page Applications (SPAs) are not SEO (Search Engine Optimization) friendly. However, if you and your team want to develop SPAs, which are SEO friendly, Nuxt.JS is the answer. Nuxt.JS can help you develop an out-of-the-box SSR and thus, it is only necessary to develop a few static pages as the base for SPAs. Thus, the framework Nuxt.JS, built on Vue.JS aids in developing SPAs that are SEO friendly.

When developing your next app, these could be the ideas that you can discuss with your team regarding Vue.JS and Nuxt.JS.

The components of Angular is known as directives. These serve as Document Object Models (DOMs). Angular can track DOMs using directives. Angular effectively separates the User-Interface part of the components.

The components of React combines both User-Interface with particular behavior of components. One single code does the job of combining, in React.

Vue is more intuitive and interactive than React & Angular. A highly customizable and progressive framework, Vue.JS, combines UI with the behavior of components. Vue is great for integrating with other software libraries as mentioned before.

Angular, React, and Vue is unique on their own. However, the newest framework Vue.JS edges Angular and React by a little bit based on the projects you are working on, and your specific requirements.

The major highlight of Vue.JS is that it offers you a very flexible and interactive API (Application Programming Interface). Vue 2.0 has been developed to smoothen the transitions in software codes, which it does brilliantly.

Custom attributes can be added to software code via Vue.JS. This progressively flowing framework of Vue.JS along with Nuxt.JS enables seamless integration between various apps. Single Page Apps (SPAs) that are SEO friendly are also built easily using Vue.JS and Nuxt.JS as mentioned before.

Designing and creation of simple prototypes are done via Vue.JS. The ease of documentation helps young developers to use Vue.JS without any initial stutters. With minimum effort needed for installation and set-ups, the application of Vue such as Vue-Cli aids in configuring the most popular features. These features include Vuex, Vue Router or TypeScript.

With a very fast coding speed, Vue.JS can help ship Minimum Visible Products (MVPs) in a short time. As mentioned before, the most attractive feature of Vue.JS is its flexibility and progressiveness. 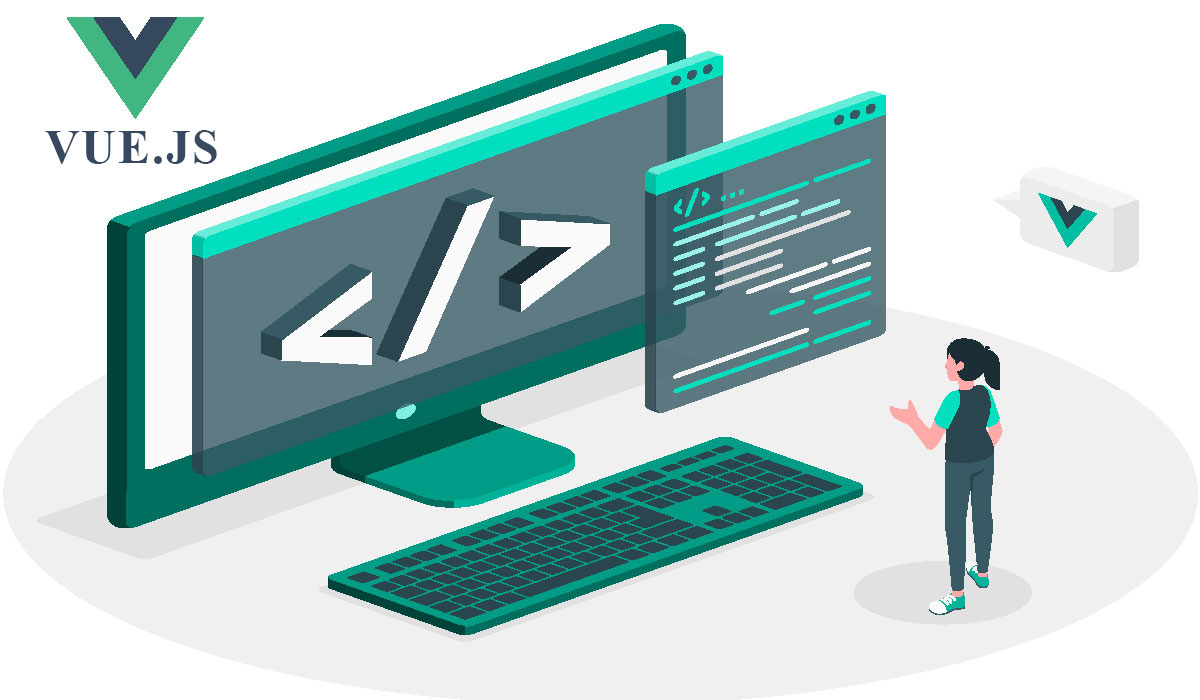 The unique feature of Vue.JS is that it works in a virtual DOM (Document Object Model). Due to this feature, the developing changes will not get reflected directly on DOM. Developers will get instant feedback by working on a replica DOM. This allows for better and enhanced User-Interface (UI).

Through the process of documentation, data binding is done seamlessly using Vue.JS.

Vue.JS has options to allow third-party libraries to be used in the progressively flowing framework, which makes the integration of transition and animation elements easily.

Vue.JS provides an HTML based template. This template can connect DOM (Document Object Model) with Vue instance data. This progressive framework can compile templates into virtual DOM. This simplifies the interface that is developed for UI (User Interface).

Computed properties are one of the core functionality of Vue.JS. It helps in monitoring user-interface elements and makes the required calculations to improve, without any additional coding.

Why Vue.JS for web UI development?

The size of Vue.JS used for app development is around 18Kb to 21Kb. Regardless of the size, Vue.JS provides high speed. You can use it for developing both small-scale & large-scale app developments.

The progressive flowing framework of Vue.JS has a very simple structure. This makes it easier to monitor and eliminate any coding errors.

Vue.JS works with a virtual DOM while keeping an eye on shortcomings in the coding. This monitoring process helps Vue.JS in providing high performance.

Vue.JS can be flexible in creating templates for every app developer, in JavaScript & HTML. These apps can be run in different browsers.

The Vue.JS framework has extensive and enhanced documentation, which allows developers to understand the requirements while developing an app. This aids in designing an app effortlessly.

There are around 10 to 12 Vue.JS libraries that aids in designing and developing apps with ease.

Some Vue.JS framework templates to ponder upon:

╴ The layout is customizable.

╴ Themes, plugins, and components for apps those are exceptional.

✔ Clean UI - For web application projects that are stunning.

Is Vue.js the right pick for your next app?

With so much information on the progressive flowing framework built using JavaScript, it is safe to say, you will get a clear picture if Vue.JS is the right pick for your next app. Developers can rely on Vue.JS to design & craft stunning mobile and web applications that are flexible and easy to use. So, based on your requirements, Vue.JS is definitely could be the right pick for your next app.