Swift language, developed by Apple, is a powerful programming language. A simple language, which the programmers love, Swift gets used for iOS, macOS, tvOS, and other operating systems of Apple. The attributes associated with Swift include it being powerful & intuitive. Designing, developing, or writing Swift codes are interactive & fun with its syntax being concise as well as expressive. The codes developed are safe with Swift being lightning fast in execution!

Swift got announced by Apple as a modern language that has the potential to replace Objective-C, the traditional program used in building several applications for Apple-platforms. Since its launch, Swift has been open-sourced by Apple with the language tools made available for Ubuntu, CentOS, and Amazon Linux distributions, along with macOS, and the latest addition to Windows!

So, how did Swift come along?

Swift, the modern lightning-fast programing language, got designed & developed as a result of extensive research on various programming languages combined with decades of platform-building experiences of Apple. In Swift, the named parameters get expressed in clean syntaxes. Application Programming Interfaces (APIs) in Swift is easier to read & maintain. With clean codes, Swift programming language is less prone to make mistakes.

Swift language provides one of the best support to international languages & emoji using Strings that are Unicode-correct. The language also uses a UTF-8 based encoding for optimizing performances in a wide variety of cases. Memory gets maintained using tight, deterministic reference counting. Swift language uses these forward-thinking concepts that make it interesting fun, and easy to use.

Features associated with the Swift language

The generics of Swift are simple yet powerful to use with protocol extensions making the code generation easier. Swift language is designed with first-class functions, and include a lightweight closure syntax. The language is blessed with fast & concise iteration over a range or collection. Native error handling gets done using simple commands.

Swift language gets designed for safety

The language gets designed to be fast & powerful. A high-performance LLVM (Low-Level Virtual Machine) Compiler Technology gets used for developing the Swift language. Through the LLVM compiler technology, Swift language codes get transformed into optimized native versions that extract the most efficiency out of the modern software. Swift language: a worthy successor of both C as well as Objective-C languages. Swift does include certain low-level primitives such as flow-controls, types, and operators. It also provides several object-oriented features: protocols, generics, and classes. 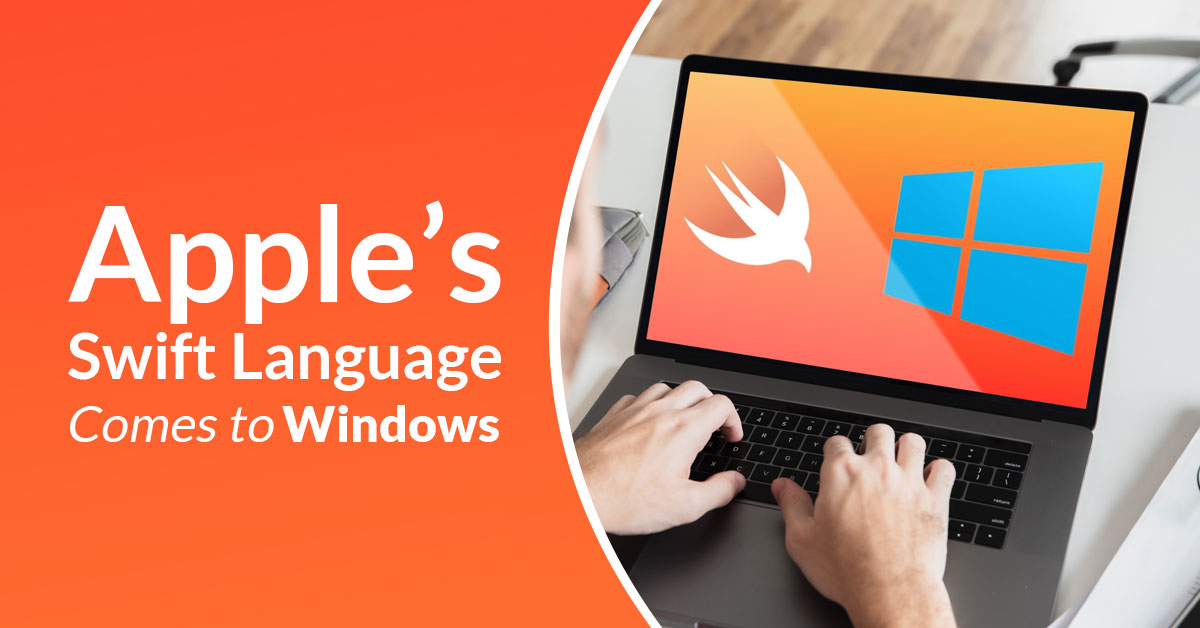 The language gets designed to be fast & powerful. A high-performance LLVM (Low-Level Virtual Machine) Compiler Technology gets used for developing the Swift language. Through the LLVM compiler technology, Swift language codes get transformed into optimized native versions that extract the most efficiency out of the modern software. Swift language: a worthy successor of both C as well as Objective-C languages. Swift does include certain low-level primitives such as flow-controls, types, and operators. It also provides several object-oriented features: protocols, generics, and classes.

The language, Swift, makes coding easier as it got designed to be anyone's first programming language. Apple did create a free curriculum for teaching Swift both in & out of classrooms. First-time coders download Swift playgrounds, an iPad app that helps with interactive & fun Swift codes.

The latest version of Swift Code is code 5 and it gets used without any modifications to the new version of the compiler. Using a new compiler & migrating at own pace helps in taking advantage of several features. The migration takes place with one module at a time, and Swift 5 introduces binary compatibility or apps. Apple apps leverage the latest version in the OS with codes running without any recompiling. The whole process makes app development simpler by reducing its size as well as its launch time.

Swift got designed & developed at Swift.org in the open. The language got developed with source code, bug tracker, and forums. Swift language support Apple platforms along with Linux, with options to port more platforms! One important use includes the language is used for a new class of modern server applications. Swift becomes a perfect language that gets used in various server apps that require runtime safety, a compiled performance as well as deploying several server applications.

Swift code gets designed & written in simple ways with the help of playgrounds in Xcode, much like the Swift playgrounds for iPad. A result appears immediately for every line of code written. Quick Look the result from the side of your code, which helps with practicing in writing these codes. The Timeline Assistant helps in observing the evolution of code design through fun animations; a great way to experiment with coding. The whole process gets referred to as Read-Evaluate-Print-Loop (REPL); a way by which Swift language becomes interactive.

The Swift package manager forms a single cross-platform tool for designing, developing, running, testing, and packaging the Swift libraries. Swift language packages are the best way for distributing libraries as well as source codes to the entire Swift community. Various configuration packages are written in Swift, which makes it easier to configure several targets while managing package dependencies. The latest version, Swift 5, comes with a run command that includes the ability to import libraries in a REPL mode.

With Swift language, you get to create an entirely new application. Swift codes help in implementing new features as well as functionality within an app. The Swift code co-exists with existing Objective-C files with full access for your Objective-C Application Programming Interface (API).

These all are the major features associated with Apple's Swift language, which makes a software programmer's job easier while working with iOS apps.

After a significant effort of porting, Apple's Swift Language now gets available in Windows. The adopters use Swift to develop experiences for Windows. Recently, downloadable images of the Swift 5.3 tool-chain got introduced for Windows 10. The porting effort made sure every attribute related to Swift gets available to Windows. These include the compiler, a standard library, and a full core of libraries that comprise of dispatch & foundation. As per now, a broader ecosystem such as a Swift Package Manager needs more effort & work to get developed. Cross-platform applications get experimented in Swift for its feasibility with Windows.

Swift Language got introduced in 2014 as a successor to Objective-C. The latest version got released in 2016. Swift language used in Apple macOS, iOS, WatchOS, and tvOS platforms along with Linux. The Swift tools enable developers to build, run, and debug codes directly on Windows 10 from now on. Swift tool-chain images get downloaded from the open-source project. As mentioned, the Swift language tool-chain include a compiler, standard library as well as core libraries, which are key ingredients of designing & developing functional apps. Swift has flexible interoperability with C. Along with the core libraries of Swift language, and this flexibility trait, applications get designed & developed in the Windows platform. Some major developers have started experimenting with Swift on Windows, and the results are quite promising.

Recently, Apple introduced a successor to Objective-C programming language referred to as Swift language. A simplified version, which is powerful enough to be used for designing & developing mobile or website applications in platforms such as iOS, macOS, WatchOS, and tvOS, Swift language is gaining popularity among programmers as well as developers. Apple has been working on porting the Swift language to be used in other platforms as well for iOS app development, with Linux already conquered & adapted to. The next step was to bring Swift language onto the Windows platform, which Apple has managed to port very recently. Thus, Apple's Swift language gets operated on a Windows platform as well.

Apple's Swift language is gaining momentum as a successor to the Objective-C programming language. With the right tools available for designing & developing simple, yet powerful software through Swift, various developers have already started working with Swift in the Windows platform. The tools are easier to work with as Apple has simplified a programming language with all ingredients needed to develop quality apps for Apple OS. Earlier Swift was not compatible with Windows. But, now Apple has brought Swift language to Windows much to the delight of many developers. Finally, Apple's Swift language has come to Windows!