Which Is The Right Technology Choice While Developing A Client Mobile App?


IT market is a comprehensive space where we could get the best line-up of innovative technologies that take your businesses to the next level. But, choosing an apt technology to build solutions that readily meet the specified requirements of your business is challenging. Whether it is a consumer app or an enterprise app, organizations want to actively engage the users to reap success from it.

Mobile technology is changing the entire lifestyle of people no matter where we live. Continuing its sovereign over all other technologies, the use of smartphones is witnessing an all-time growth in 2019.

For the year 2019, India will have an active smartphone using community of 299.24 million users. And surprisingly, in 2022, the total number of smartphone users in India is expected to reach 442.5 million. 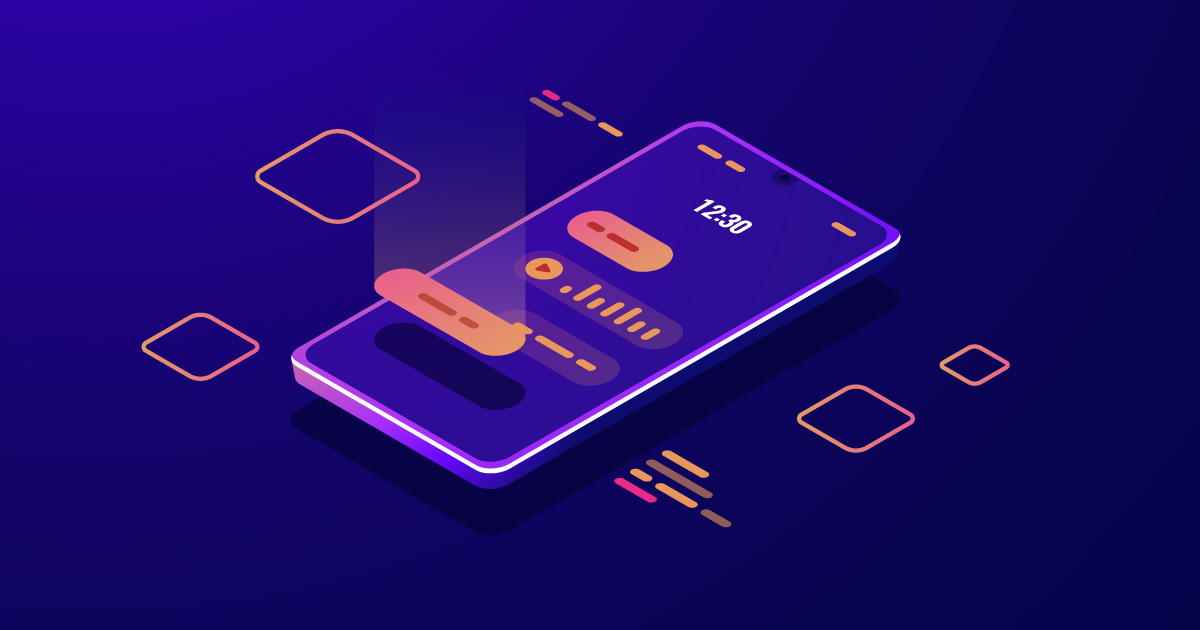 Companies are competing with each other to reach a massive mobile audience by pushing innovative mobile apps in the market. But, choosing the right mobile strategy that performs well with this highly dynamic IT environment is quite risky.

Well, this article helps your business understand the right mobile technology for developing apps that could stand the test of time.

Fundamentally, three mobile development approaches are ruling the digital realm that provides everything needed to build cutting-edge solutions and they are Native Apps, Web Apps and Hybrid Apps.

Native Apps are independent apps that are meant to work in a single platform and can be accessed through their respective icons displayed on the device screen. Native apps can be installed through the individual app store of respective platforms (Apple’s App Store, Windows’ Google Play). The main highlight of Native Apps is that they can fully utilize all the device features as they are meant to work only in a single platform. Native apps use your smartphone’s notification system to make it work offline. They are developed using their native programming language say, C# for Windows platform, Objective C for Apple iOS and Java for Android phones.

Web Apps are designed to support all platforms which run via web browsers. They are website applications that look like native apps. Web apps are developed using web standards such as HTML5, CSS3, JavaScript etc to make it function through web browsers. Users need to access specified URL to install these Web apps where there pop up an option to install the app. The introduction of HTML 5 increased the popularity of Web apps. Its native app-like functionality makes it less distinguishable with that of native apps. To overcome the issue of paying high subscription fees, businesses are switching to Web apps. One such example is that of Apple’s web app ‘app.ft.com.’ Still, some native app features remain inaccessible for the users. So, to get the full feature access of the native apps like background running, detecting accelerometer information, etc, developers must go for native app development approach.

Hybrid Apps are the technical blend of both Native apps and Web apps. Hybrid apps take the functionality of Native apps as they use Application Play store for making them available to download. By relying on HTML, they incorporate the features of Web apps too. Enterprises often go for Hybrid apps when they already have a Web app in use and need to get the functionality of Native apps to live in the device’s play store. In such cases, Hybrid apps development helps enterprises to develop apps without much cost as compared to developing a new Native app. The key importance of Hybrid app development approach is that they possess less development cost owing to its cross-platform development functionality. That is, whatever HTML code components developers have used in building a Hybrid app of that enterprise can be reused in developing apps based on other operating systems. This reusability circumvents the app development cost. For example, software tools like Sencha Touch and PhoneGap permit developers to build cross-platform apps. The renowned Walgreens Company had deployed two-hybrid apps, one for supporting Android devices and the other one for iPhone users.

Mobile app development realm is characterized by diverse complexities owing to its dynamic built-up and the constantly changing and evolving needs of the business.

The proliferation of innovative smartphones, the advancement of digital technologies, the ever-increasing expectation of the users and the booming demands of the enterprises are the factors that cater to the volatility of the mobile market place. The recent advancements happening around the mobile application development arena is all-embracing.

Selecting a mobile development strategy that best suits your business objectives is crucial. Strategists need to make error-free decisions that need to turn beneficial for businesses as today’s way of business success lies mainly on the success of apps they develop also.

Each development approach has its underlying benefits and drawbacks when it comes to developing specific business solutions. An in-depth analysis of different development methodologies and understanding the far-reaching impacts of your business solutions help decision-makers to choose the right technology.

Now let us consider important factors related to these three mobile development approaches – Native, Web and Hybrid that contribute to the success of your apps.

If you give more focus on developing apps that deliver compelling user experience, Native app development approach is the best-suited methodology for your enterprise. They can make use of all the hardware device features like GPS, graphics, camera and software device features such as contacts, file system, calendar, etc. An important advantage of Native apps is that they can work offline as it is installed on the device itself. When the data connection is turned on, you can resume the Data transfer process.

- The main disadvantage of Native apps is related to its development cost. As these apps are designed to work for single platforms, developers need to rebuild native apps specific for every platform. That is, around 80 per cent of the total development cost is to be re-invested to build another Native app that supports a different platform.

- The second disadvantage of Native app is, the enterprise needs to have enough back-up of IT professionals who have rich expertise in C3, Java, Objective C, etc., as development for multiple platforms requires expertise in multiple languages.

- The third disadvantage is related to the amount of work that is to be done in keeping the app updated. Whenever a new OS gets released into the market, designers, developers and testers need to again design, code and test the application.

Hybrid Apps or Cross-platform apps eliminates all the drawbacks of Native apps including the increased cost and time of developing apps. They tend to be highly flexible for developers as it allows developers to code in any of the programming language they now and then later adapt it to a framework for supporting multiple platforms. Examples of cross-platform or Hybrid apps frameworks are PhoneGap, IBM Worklight, Appcelerator, RhoMobile etc. The peculiarity of these frameworks is that they all use HTML and JavaScript which is a common and popular technology among developers. But, an exception is there for RhoMobile, which uses Ruby on Rails.

- Cross-platform Apps can never beat the splendid user experience functionality that Native apps gift its users. Even though these native apps live in Play stores like native apps, applications built using RhoMobile and PhoneGap provides a user experience that ranks up to the level of Web apps only. Appcelerator is an exception.

- Added development effort is a concern. Even though Hybrid apps are designed to support multiple platforms, an additional effort is to be placed on the base app to make it function on devices with different platforms.

Mobile web apps are the ultimate development approach that you need to incorporate in your mobile development strategy to attain real platform independence. The advancement happening in HTML 5 technology can eliminate all the pitfalls of the approach and helps enterprises to build powerful apps that rule the market.

- The HTML 5 technology doesn’t have the full support of many prominent browsers like Internet Explorer, which makes some of the features not to work as expected.

- Clear support from JQuery Mobile and Sencha is required by HTML 5 to make it perform better.

Depending on the type of your business, you need to identify the category of the mobile audience to whom you app communicates. Then you must understand their expectation on your business that should later reflect in your app functionality. Apart from the technical concerns, thorough work on these factors will help you build swift and feature-rich apps appropriate for your business.