Microsoft developed an entity framework for .NET applications for automating all database-related activities for your applications. Before the arrival of .NET 3.5, the developers used to write Enterprise Data Access Block or ADO .NET code for saving/retrieving application data from an underlying database. A connection to the database used to be opened by developers to create a DataSet for fetching or submitting the required data to a database, convert data from a DataSet to .NET objects & vice-versa for applying business rules. However, the whole process was cumbersome & error-prone until Microsoft came up with a framework named, "Entity Framework".

EF, the Open-Source ORM Framework for .NET applications, helps developers with data using objects of domain-specific classes. It doesn't focus on the underlying database where the data/information gets stored. EF allows developers to work at a higher level of abstraction. Developers get to create & maintain data-oriented applications using less code as compared with various traditional applications.

Herein, we are discussing the Entity Framework developed by Microsoft to help out the .NET developers. This brief introduction gets followed by the features of Entity Framework, which adds-on the significance of this discussion. Read on to find out more about Entity Framework, its features, versions, and past releases. So, what are you waiting for?

Various features adorn the Entity Framework developed by Microsoft for .NET developers. The core of Entity Framework is a cross-platform that runs on Windows, Linux, and Mac. It creates an EDM (Entity Data Model) based on POCO (Plain Old CLR Object) entities that comes with various get/set properties of different data types. An EF uses this model while querying/saving entity data to the underlying database.

For querying, EF allows the developers to use LINQ queries such as C # or VB.NET for retrieving data from an underlying database. A database provider translates these LINQ queries to the database-specific query language such as SQL (relational database).

EF keeps track of the changes, which occurred to all entities as well as property values submitted to a database. This feature is referred to as "change tracking". For the saving feature, EF executes INSERT, UPDATE, and DELETE commands to a database based on the changes that occurred to your entities.

Entity Framework uses Optimistic Concurrency as it helps protect any overwriting changes made by a user while data is fetched from the database.

An Entity Framework performs automatic transaction management while querying/saving data. One other interesting feature of EF includes the first level of caching out-of-the-box. Thus, repeated querying returns data from the cache instead of looking at the database.

Entity Framework follows certain built-in-conventions over the configuration programming pattern. It includes a set of default rules that automatically configure the EF model.

Entity Framework provides a set of migration commands, which gets executed on the NuGet Package Manager Console or the Command Line Interface for creating or managing an underlying database schema.

All these form the major features of an Entity Framework developed by Microsoft to simplify the processes/procedures done by .NET developers for a simple task. These features make it easy to work with EF & it's hassle-free. Now, let's look into the latest versions of EF. 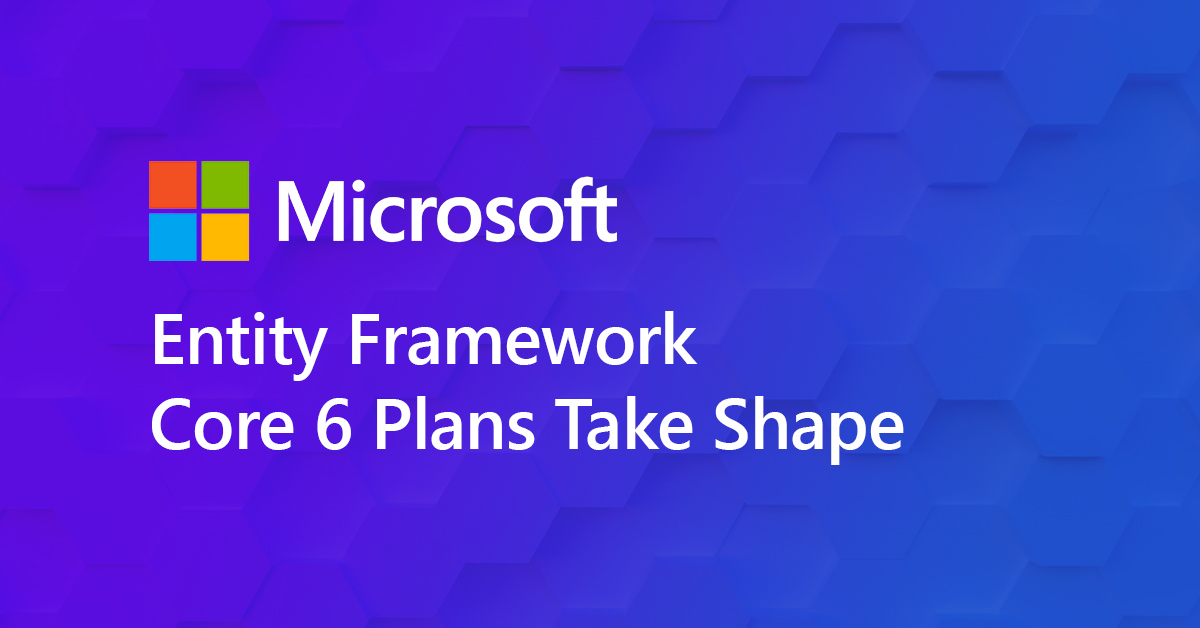 Comparison between EF 6.0 and EF Core

EF 6.4.0: It got launched to NuGet in December 2019 with the primary goal of polishing the features & scenarios delivered in EF 6.3.0.

EF 6.3.0: Released to NuGet in September 2019, the main goal is to facilitate the migration of existing applications, which use EF 6.0 to .NET Core 3.0. It comes with various bug fixes & enhancements as well. Benefits brought about EF 6.3.0 are as follows:

Past Releases of Entity Framework

EF Core 1.0 got released in June 2016 based on a new codebase, which is designed as a lightweight & extensible version of Entity Framework. So, let's get on with the past releases of EF with the very first version on top:

Herein, we did a brief discussion about the past & present of Entity Framework developed by Microsoft. Now, let's look into the future! A planned upgrade of EF 6.0 is slated to arrive in November. With the planned upgrade of an open-source-data-access technology by Microsoft, the developers aim to achieve higher performances with the additional support for SQL Server Temporal Tables as well as JSON Columns.

The next version of Entity Framework Core 6.0 aligns with a planned launch of the .NET 6.0 release based on a Microsoft bulletin published earlier in January. There is a renewed hope of attaining leverage over compiled models of EF Core 6.0 for improving a start-up performance, among the project developers. Major planning, speculations, and forecasting are going on behind-the-scenes that aid the infrastructure of the project and performance tests along with newer tests.

This project continues to investigate ideas for linking Entity Framework Core with linkers for better quality & performance as well as an ahead-of-time (AOT) compilation. However, there is a minimal expectation for the gap to be closed in the EF Core version 6.0 timeframe.

Let's have a sneak-peek into some of these plans proposed by Microsoft:

EF Core 6.0 gets the ability for creating SQL Server Temporal Tables that support Temporal Queries via Migrations; historical data gets accessed via the LINQ queries.

All model building conventions are exposed to applications.